This post may contain affiliate links, at no extra cost to you. To read my affiliate disclosure, click here. 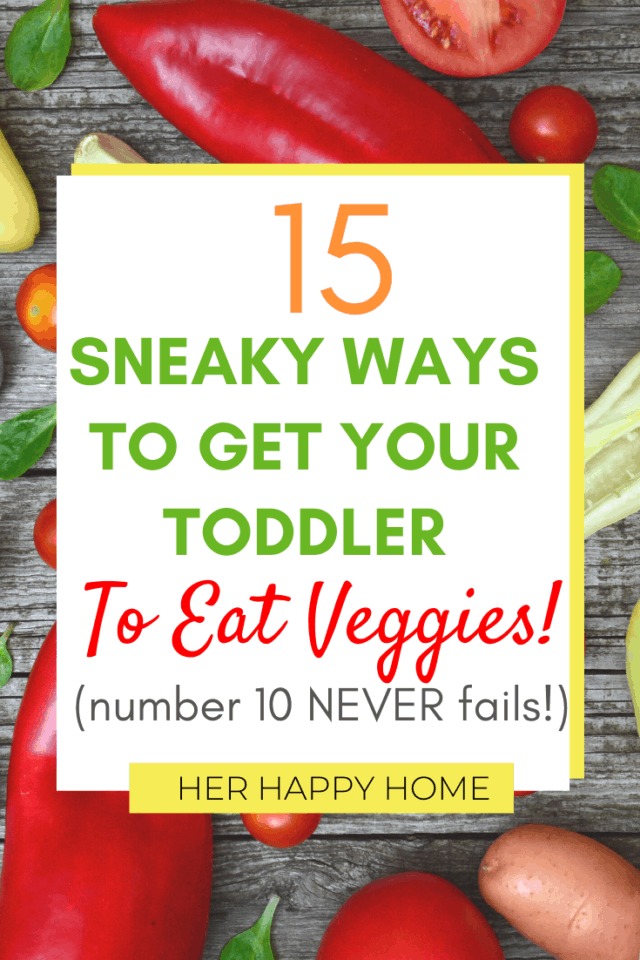 I love when I get suggestions/requests on blog posts you would like to see!  Several months ago I was asked for some advice on how to get a picky toddler to eat their veggies.

I started rambling and spouting off things that had worked for me, when I thought “I know this has got to be a struggle for other parents too.”

So I’m here to share 15 ways to get your toddler to eat veggies!  We’ve got some “tried and true” ways, “oldies, but goodies“, and maybe a few you’ve never heard before!

Don’t give up the veggie fight!  There’s bound to be something here you can use to  convince your kiddos to love veggies! 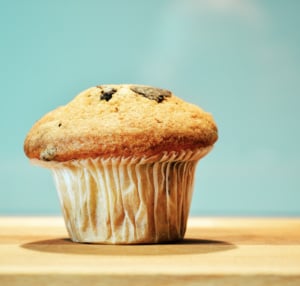 1. Spinach is Your Friend!

Spinach is my favorite way to sneak veggies into pretty much anything.  As long as you’re not using a ton, spinach goes by pretty undetected if it’s chopped up really fine (I use an electric chopper for mine).  It can change the color of your food green, but I’ve found that doesn’t even phase my kids.  Here are some of my favorite ways to sneak some spinach:

STILL a favorite in our house, and my most go-to sneaky veggie lunch.  Chop up spinach leaves and shredded cheese in a food processor or chopper, and make a grilled cheese!

Whether you use homemade spaghetti sauce or store-bought, mix in some finely chopped spinach for a veggie boost they won’t even taste!  If you really wanna amp up the veggies, here’s a great recipe.

This veggie-loaded meatball recipe is one of my faves and the veggies go completely undetected!

Kids love muffins!  And there are SO many ways to sneak veggies into them.  Pinterest is full of green muffin recipes, and for good reason!  The veggies are completely undetectable, leaving your kids thinking they’re just eating a sweet treat.  Also, did you know there are things called chocolate beet muffins??  To make muffins extra appealing to your kids, try these adorable shaped silicone liners!

Don’t forget about this classic, which kids are most likely to gobble up without giving another thought to what’s in it.  If you’re worried about sugar, here’s a healthier option that looks straight up AMAZING!  You can also make something similar in muffin form.

Like carrot cake, this sweet treat is sure to have your kids gobbling up zucchini without even knowing it.  There’s a healthier version here, and of course….even zucchini muffins. 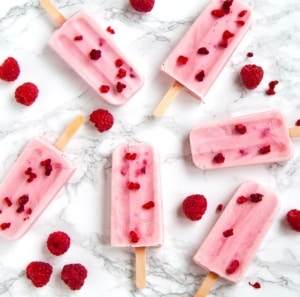 This is probably the easiest way to get your kids to enjoy veggies.  Make a fruit smoothie and toss in a handful of spinach, or some slices of cucumbers and watch them SUCK. IT. DOWN.  As long as you have more fruits than veggies in the smoothie, they won’t be able to taste it.  You can pretty much make a smoothie out of any produce you have on hand, but if you’re a recipe follower (like I am), here’s a few to get you started:

Did you know you can make your own Go-Gurts?  Ahhhhh!  These nifty little things from Amazon allow you to make your own yogurts-on-the-go for a fraction of what you would pay at the grocery store.  Plus, you know exactly what’s going in them…like hidden veggies.  Bonus: use Greek yogurt for an extra protein boost.

This is essentially the same concept as yogurt pops, except frozen.  Get some popsicle molds (or these if you’ve got a teething baby…so cute!) and make your own healthy popsicles any way you want!

If you haven’t jumped on the spaghetti squash train, what are you waiting for??  You can do about a million things with it, and it’s a MUCH healthier option than spaghetti (but a girl’s still gotta have the real thing).  Now to an adult, it clearly doesn’t taste like pasta (although it’s still delicious).  But to a toddler?  Let’s just say they could be easily  persuaded.  If you don’t have a clue what to do with spaghetti squash, check out this Pinterest board for ideas!

Since we’re on the subject of pasta, you can make pretty much any vegetable into spaghetti.  You can buy spiralized veggies prepackaged at the grocery store, OR you can buy a spiralizer and do it yourself for a fraction of the cost.  Some popular veggies to spiralize are zucchini, butternut squash, sweet potatoes, or even carrots.  Check out these kid-friendly spiralized recipes, here.

A sweet friend of mine on Instagram posted a picture of her daughter eating “dino trees“….a.k.a broccoli, and I loved it!  Her daughter is super into dinosaurs, so she uses it to her advantage to get her to each her veggies.  I secretly wished my son was as into dinosaurs so I could call them dino trees!  Use your toddler’s favorite TV show or book character to come up with creative names for veggies, and they may be more likely to eat them.

Something I’ve learned with my toddler: he’s more likely to eat veggies if he can dip it something.  Whether that be ketchup, BBQ sauce, or something else….choose your battles.  You may lose the dipping sauce battle, but you’ll win the veggie war.

There are lots of healthier options besides ketchup, ranch, or BBQ sauce if you’re concerned about that.

Hummus is chickpea-based, super easy to make, and great for dipping veggies.  And y’all…there is even CHOCOLATE HUMMUS!  I’ve tried it, and it’s friggin delicious.

Don’t forget that salsa is full of veggies (be sure to check the ingredients on store-bought salsa)!  You can make your own (let your kids help!) and load it with veggies!  You can use it to dip or give an extra veggie punch to tacos, burritos, eggs, etc.

This is probably my favorite condiment, and it is PACKED with spinach.  I follow this recipe and substitute spinach for kale (just because I always have spinach on hand), and it is DELICIOUS!  We use it on sandwiches, pizza, or even a baked potato.  This is a secret weapon in my house…the kids love it!

Just about any veggie can be made into fries or tots!  And it’s such an easy way to get your toddler (or husband) to eat veggies, because they happen to be suuuuuper tasty.

Have you seen the super cute things people are doing with fruits and veggies on Pinterest?  Make something cute out of their veggies, and they might be more likely to eat them.  Or make something together! 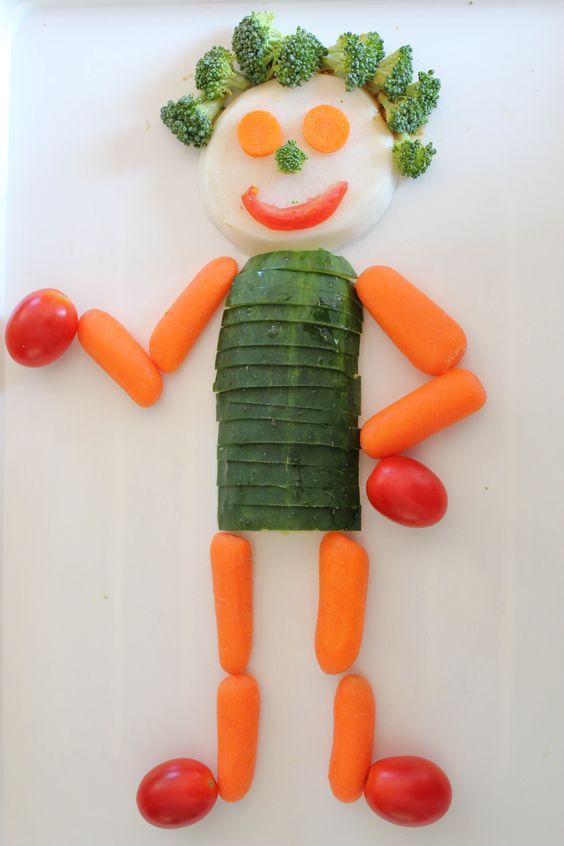 No surprise: veggie-hating toddlers are enough of a phenomenon that products have been invented to help make mealtimes more fun for picky eaters.  Like plates that have a built in spinner so kids can spin what they’re going to eat next!  Or this dinner tray that’s set up like a game…so fun! 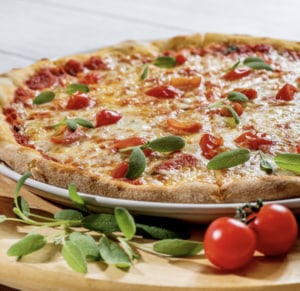 People love pizza….we just do.  And kids, maybe more so.  There are SO many ways you can pack a pizza with veggies, making it a healthier option for you AND them.

There are so many alternatives for pizza crusts now, including veggie crusts!  You can find them in some grocery stores, or you can make your own.

Remember that hidden-spinach spaghetti sauce I mentioned earlier?  Or my favorite pesto?  Those BOTH make great bases for a pizza and are full of veggies.

Your kids might not be crazy about onions and bell peppers on top of their pizza, but don’t forget about olives, tomatoes….or even caramelized onions.  A little veggie is better than none!

If All Else Fails…

If all else fails, smother their veggies in cheese. 😄  I’m only half kidding because it’s probably the oldest trick in the book and with good reason!  Kids love cheese!  But here are a few other suggestions:

Seasoned mamas, I know you’ve got some additional tricks up your sleeve!

What are your favorite ways to get your child to eat veggies?

Don’t forget to check out these posts below!

« Peek Inside: Fab Fit Fun 2019 Winter Box!
How We Manage Screen Time with Our Kids » 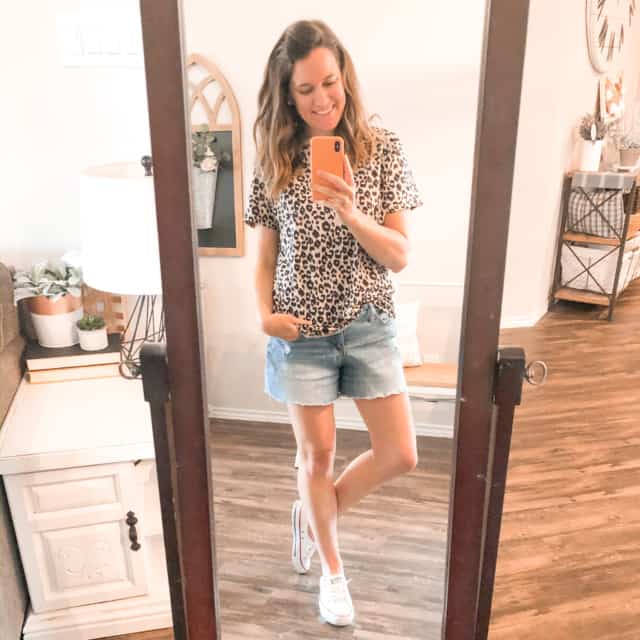 Hi there! I’m Amanda, the face behind Her Happy Home-A lifestyle blog for frugal gals wanting to create a cozy and happy home on a budget!
Read My Story Here

Stay in the loop with newsletters, give-aways, & special announcements!

Stay in the loop with newsletters, give-aways, & special announcements!